The Fullness of Paradise
chapter 5

Although I had floated through the crystal clouds several times by this stage in my bewildering journey – still not entirely able to abandon the conviction that it was a sleep-induced fantasy – the shock of being thrust back into that extraordinary skyscape was almost palpable.

Once again came the certainty – albeit short-lived – that the tiny shards drifting around me would be sure to cut my skin, followed by the now familiar realisation that they would do me no harm. Once again came the momentary struggle against the lack of control over my drifting body, to be replaced by a sense of surrender – a release of myself to the unseen energies around me. And once again came the sight of that figure in the distance, her shape little more than a speck against the luminous background.

Once again came the momentary struggle against the lack of control over my drifting body, to be replaced by a sense of surrender 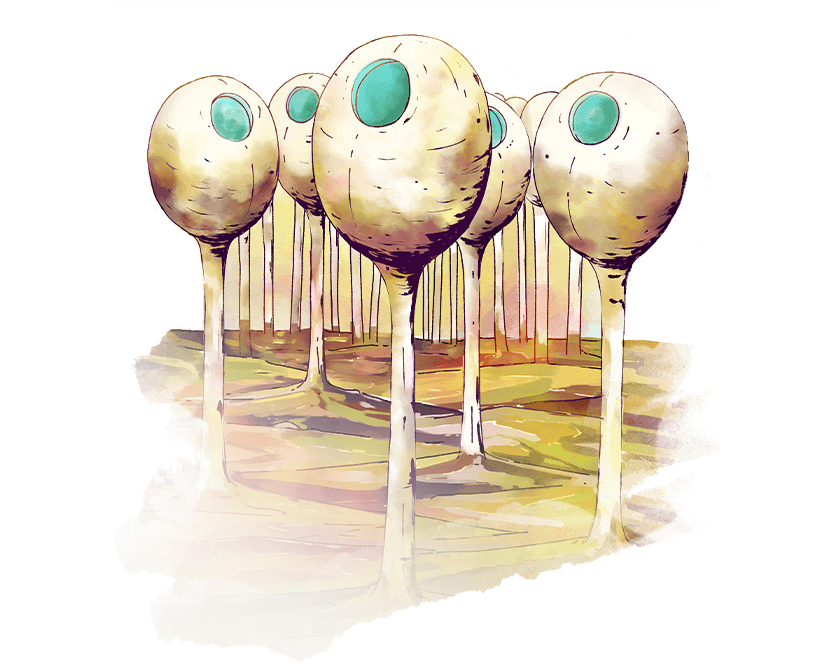 By now of course I knew better than to force my way towards her. I merely continued to move whichever way the tides and eddies in the clouds chose to push me, keeping my eyes focused on her faraway shape, as certain as I had ever been of anything that while I watched, she was moving her fingers through her dark hair. Did she know me equally well, I wondered. Did she recognise me by my gestures, by how I held my arms by my sides, by the manner in which I moved my head in order to find a gap amongst the clouds?

As before, I called out to her, and as before, when her answer came, it did not arrive through the air, but sounded in the deepest parts of my mind. A sapphire-tinged reassurance that we were both on the path on which we were supposed to be: that we had achieved a great deal and that it would not be long before this journey was at an end.

That we had achieved a great deal and that it would not be long before this journey was at an end.

I believe some corner of resistance within me may have tried to convince myself one final time to make an effort to wake up – to grit my teeth and force my being to find itself back in my bed. But the part of me that knew this would be futile was now stronger and more persuasive, bolstered by the unavoidable presence of my new hand, by the subtly altered, dimmer vision through my new eye and by the change in the tone of the sounds that now entered me through my new ear.

Was it this final addition to my body that was now allowing me to detect a new sound, the presence of which I don’t believe I had appreciated until that point? A bubble of noise, like a conglomeration of voices, so distant and so faint, that it was easy to dismiss it and ignore it. Had it always been here, I wondered, hovering behind the clouds, just out of the reach of my hearing. I tried to focus on specific details within the sound, but they eluded me, fading away each time I attempted to grasp them.

A bubble of noise, like a conglomeration of voices, so distant and so faint, that it was easy to dismiss it and ignore it. 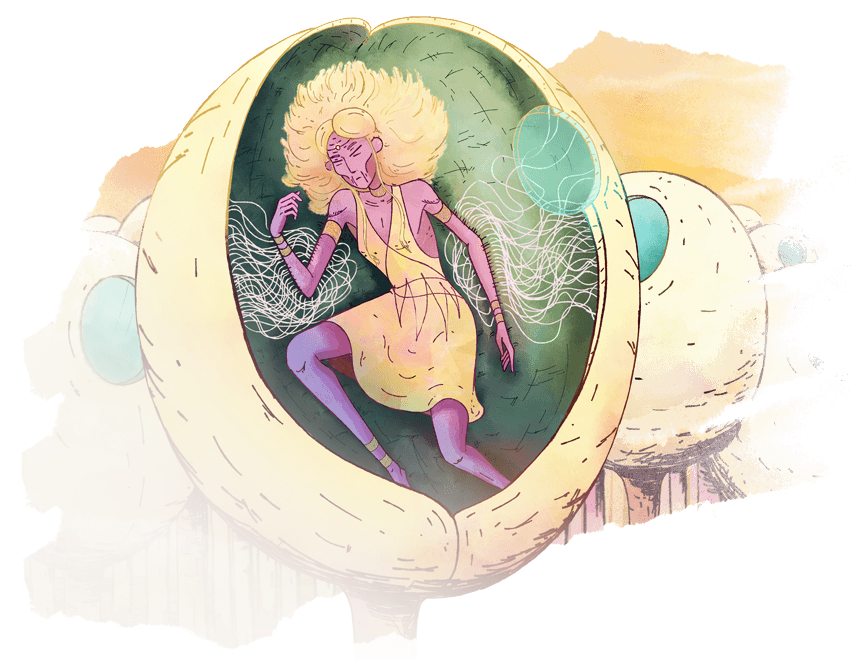 After an immeasurable length of time – by which I mean to say I had no way of ascertaining whether it was long or less than brief – the sounds vanished, the prism-shifting colours beneath me parted and I saw a new vista present itself on the ground below.

My first thought was that I was about to set foot in the midst of a thick jungle. The colours were dominated by greens and browns. Slim, human-sized, organic-seeming structures covered the entirety of the territory, like trees. A thin mist hung above and within them, shrouding them in a veil of dew.

As my body floated closer, it became clear that the objects I was approaching were not trees, and that this was no forest. To be sure, the structures did appear to be growing out of the ground, but this too seemed to be less than natural, and the pods – which is what the structures resembled – also displayed signs of having been manufactured. 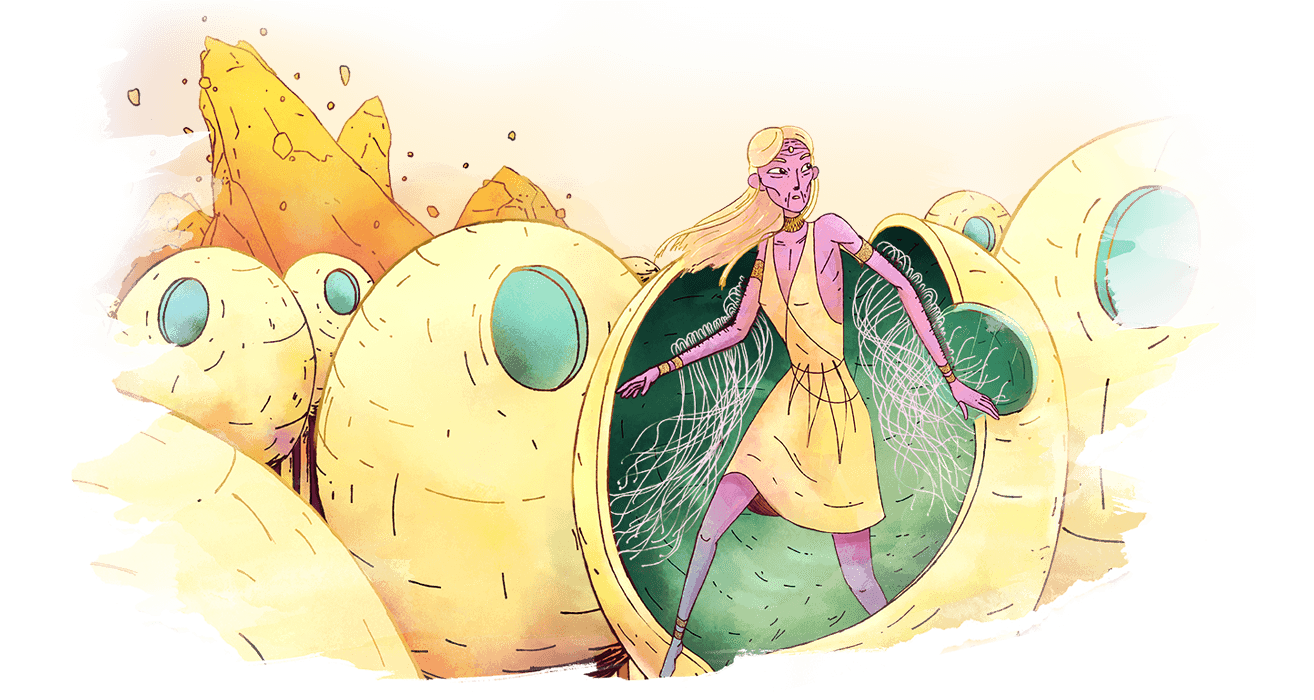